Golden Retrievers are generally a very healthy breed; however, like all breeds, they are subject to some genetic disorders and health problems. The following is a brief outline of some of the more common health concerns in the Golden: If you would like further information about these and other health matters of the breed please check out these Fact Sheets or Contact Us 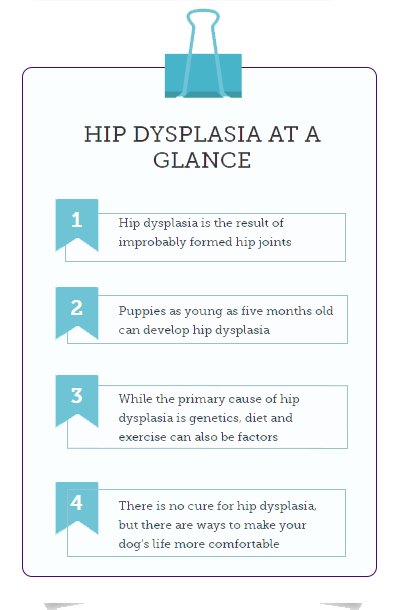 "Elbow dysplasia" is a term used to describe one or more inherited developmental abnormalities in a dog's elbow joint. Generally speaking, elbow dysplasia means the development of arthritis in the elbow joint. Golden Retrievers are susceptible to elbow dysplasia and breeders screen their dogs under the CHED's scheme. The dogs elbows are x-rayed after they are over 12 months of age and the x-rays are assessed by an expert. The score given ranges form 0-3, with 0 being normal and 3 being badly affected.

There are various conditions that Goldens are susceptible to some serious and sight affecting such as, Progressive Retinal Atrophy (PRA) and Hereditary Cataracts (HC) and other conditions that don't affect the sight such as, Multifocal Retinal Dysplasia (MRD) and Post Polar Cataract (PPC). In Australia, Breeders screen there dogs annually for these conditions.

Canine subvalvular aortic stenosis (SAS) is an abnormal, congenital heart murmur caused by subaortic stenosis (SAS) that has been detected in Goldens. There is very good evidence that it is heritable and thought to be multifactorial, so that the inheritance is complex. A dog might carry the genes for SAS, yet have no actual sign of SAS. Also, a dog might have signs of SAS and yet offspring with signs of SAS may not be seen for a couple of generations. Any animal that has SAS should not be bred, because they can definitely pass the defect on to future offspring. Puppies and dogs diagnosed with SAS can suffer from heart failure and sudden death. If a dog with SAS develops heart failure, medications can be prescribed to alleviate the clinical signs (sudden/strong lethargicism, continuous heavy panting, rise in temperature etc.) In Australia, breeders have their dogs examined by a veterinary cardiologists for heart murmurs. A dog which auscultates normally at 12 months of age is considered to be free of congenital heart disease; and a clear certificate is issued.

Golden Retrievers can be affected by excessive flaking of the skin.  This is present from birth, but may be very mild, so is not always noticed.  The belly may also have darkly pigmented, dry skin.  It does not tend to be itchy unless there is also infection present with bacteria and yeast.  Owners typically notice large flakes of skin present in the fur when brushing their dog, or on the floor in areas where they spend time.  Golden Retrievers typically have a very mild form of this disease, whereas other breeds can be more badly affected. In Golden Retrievers there is a genetic test available for Ichthyosis and with responsible testing and breeding, this disease can be avoided in future generations of puppies.

Ectopic ureters (also called ‘wet puppy syndrome’) is known to be a hereditary problem in Golden retrievers; however the mechanism for this inheritance is not yet known. In Entlebucher Mountain dogs, ultrasound screening of healthy dogs has identified 3 ureteric subtypes (A, B & C), with ‘A’ being normal, ‘C’ being ectopic and ‘B’ intermediate. Pre-mating screening in this breed has achieved a reduction of the incidence of wet puppies from 26% to 10% over 3-4 years. The University of Cambridge is currently doing a similar study in the Golden Retriever to see if three subtypes are also present in this breed and to see if there are clinically normal dogs present within the breed with type C ureters (ectopic). This is more likely to be the case in male dogs due to their much longer urethra and consequently much higher urethral resistance. Hopefully this study will shed some light on how the condition is being transmitted in Golden Retrievers and provide a strategy for breeders to reduce its incidence. For further information on the study Click Here

Preliminary Results from the project can be found here

Canine Epilepsy is a chronic condition characterised by recurrent seizures.  Although seizures are always abnormal events, not all seizures in dogs are caused by canine epilepsy. Canine Epilepsy is a disorder of the brain where abnormal electrical activity triggers further uncoordinated nerve transmission.  This uncoordinated and haphazard nerve tissue activity scrambles messages to the muscles of your dog's body and the coordinated use of the muscles is then inhibited. Because there are many causes of chronic recurrent seizures in dogs, canine epilepsy is not a specific disease or even a single syndrome, but rather a diverse category of disorders.  Canine Epilepsy is broadly divided into idiopathic and symptomatic disorders.  Idiopathic Epilepsy, also called primary epilepsy, means that there is no identifiable brain abnormality other than seizures.  Symptomatic epilepsy (also called secondary epilepsy) is seizures that are the consequence of an identifiable lesion or other specific cause. Most dogs with idiopathic epilepsy suffer their first seizure between the ages of one and five years of age.  A genetic basis for idiopathic epilepsy is strongly suspected in the Golden Retriever

The two most common types of cancer in the Golden Retriever are hemangiosarcoma and lymphoma. A study in 1999, showed that over 60 percent of American Golden Retrievers were being lost to cancer.  Luckily and interestingly Australian and European Bred Goldens develop cancer at a much lower rate under 40%. Researchers studying cancer in the breed have identified genetic alterations common to Goldens with hemangiosarcoma and lymphoma,which suggests the risk of cancer in American Goldens is the result, in part, of a fairly recent gene mutation.  Researchers are working to identify the factors associated with development of cancer and other major diseases in dogs. The Golden Retriever Lifetime Study is the first prospective longitudinal study attempted in veterinary medicine to identify the major dietary, genetic and environmental risk factors for cancer and other important diseases in dogs and is being conducted by The Morris Animal Foundation. Hopefully this study will help in identifying and understanding the risks which is the first step toward better prevention, diagnosis and treatment of cancer. For further information about this study Click Here 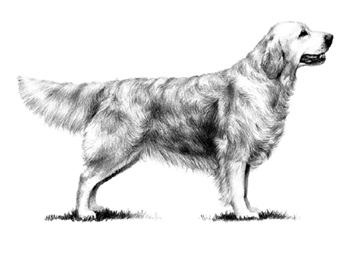